After ten years. Wait, make that thousands of years, the war between the donkeys and the monkeys has escalated to the point where, um, where parrots have turned carnviorous and pigs are forced to wear togas. You see, there's war and chaos and fighting. Lots of fighting. Let's see... oh, there's five factions that have evolved as the chaotic war wages on. We haven't been to this plane before and who knows when we're coming back, so I'm not sure what impact it has with the larger Magic story. I'm sure some object in the world is a piece of Karn somehow. Who am I kidding? There's probably like five of you still reading. Look, I'll be honest with you. Unhinged has no story. There's no novel forthcoming. Nothing has any logic to it. There's no point to anything. It's just funny. It's unlike any Magic expansion you've ever played. Well, except Unglued. It's a lot like Unglued. But bigger. And weirder. And funnier. 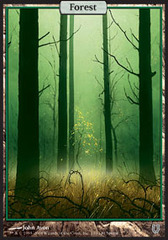 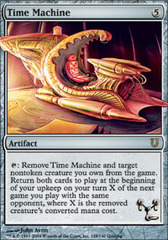 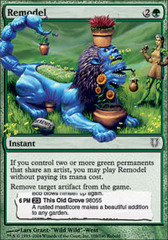